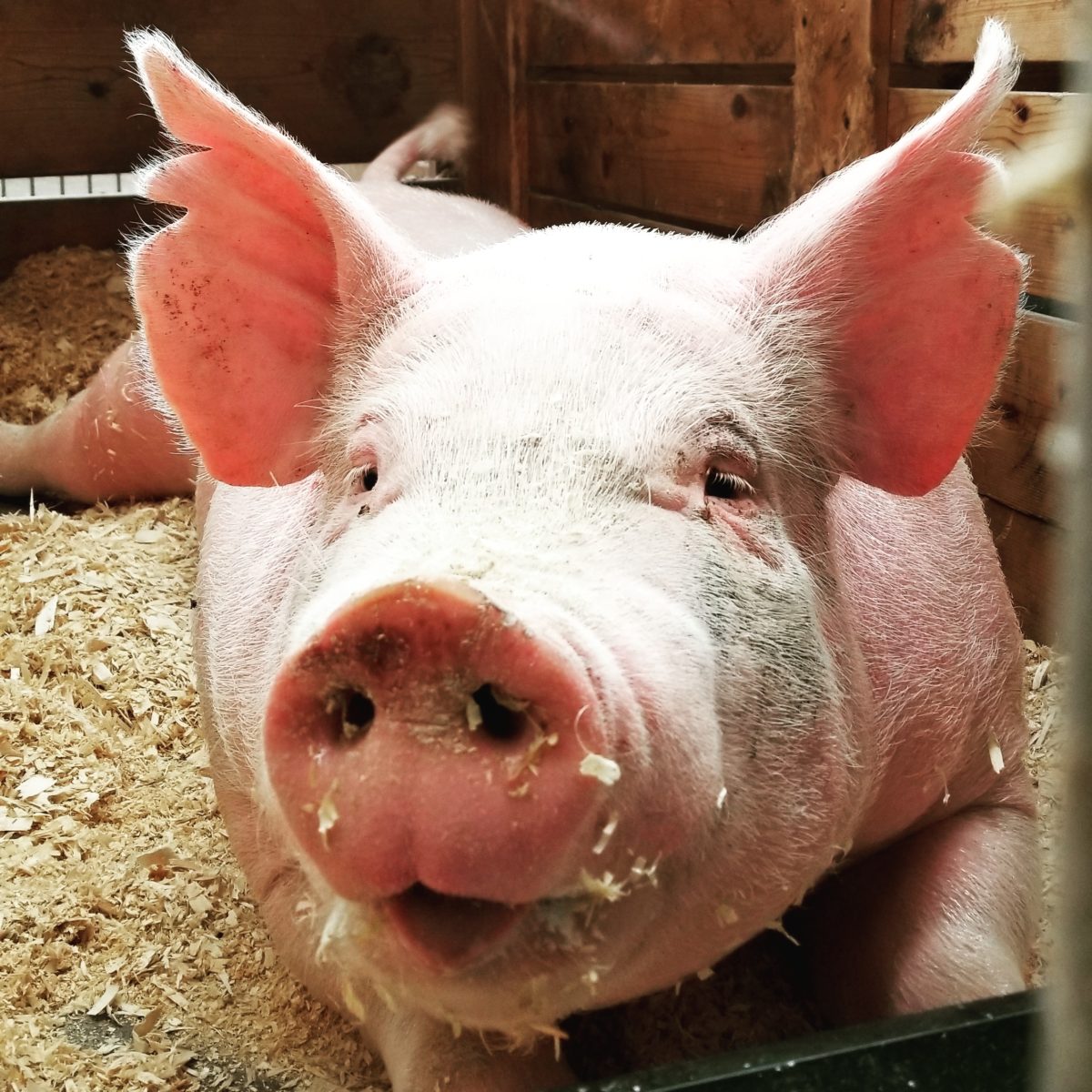 The Latin name for the family to which pigs belong is “suidae,” pronounced “soo-ee-dai.” The Latin word for hog or pig is “sus” sounding like “sooH.” As the English language developed the word translated to “sowe (soo-weh) and mimicked the sound of a pig’s squeal. For centuries farmers in the UK and around the world have used the sound “sooie” to call for their pigs when their food was ready to be slopped.

Matthew’s Gospel, in chapter eight shares a story about a large herd of pigs who were feeding out in a field when two men who were possessed by evil spirits encountered Jesus.

The evil spirits within the men challenged Jesus to drive them out of the bodies they inhabited and told Jesus to send them into the herd of pigs.

So Jesus did just that. Instead of yelling “sooie” to the pigs, he yelled “Go!” at the evil spirits and released the spirits into the herd.

As the evil spirits inhabited the pigs, the pigs reacted in a fascinating way by rushing to the bank of the field and went into the lake and died in the water.

While the imagery of the pigs is fascinating, the witness and testimony of the pig farmers is what is important in this lesson.

The story says that the farmers went into the town and shared what had happened with the whole town. God’s work intrigued the people of that village and they went out to meet Jesus.

But the villagers didn’t just want to meet Jesus, they wanted to ask him to leave. Why do you suppose that is?

Many believe its because Jesus “crashed” their economy. By the livestock dying, their livelihood died, or was in jeopardy of dying, with it.

They chose their wealth, their careers, the things of this life to replace the possibility of knowing a Savior.

We can learn a lesson from this story – don’t allow the economy, our careers, or goals and personal ambitions to replace the possibility of a closer walk with our Savior.

Call out for Jesus (not with Sooooooieee! but with Saaaaaayvior!)